The “La Baronessa” B&B is located inside an old palazzo in Art Nouveau style of special architectural worth. It offers a stay immersed in a timeless atmosphere, where the style of the late 19th century and the early 20th century lives again as new.
It stands in the old centre of Riposto, a town in the province of Catania, 120 mt from the sea, and 240 from the Etna Tourist Port, in a strategic position between Catania and Taormina, a few steps from Etna, the sight of which dominates the portico of the main terracing, near the motorway junction serving all directions of eastern Sicily.

A voyage through time

It is no exaggeration to say that La Baronessa hosts us in a timeless atmosphere. Staying here allows us to open a window on a fascinating past, which introduces us into an out of the ordinary dimension. Every detail emerges with a gentle but decided character.

Completely restructured while respecting its original beauty, “La Baronessa” with its 6 bedrooms (room type: B&B and Holiday Home), the enchanting internal garden, the frescoes on the vaults, the applications in lava stone which protrude from the bedroom walls, the porticoes in front of the well cared for garden, offers an ideal stay for all those who select this stage to get to know and examine in depth the marvellous places of Sicily.
The welcome we give our customers follows the traditional hospitality of these places and we also express it via our cuisine, a way of knowing Sicilian culture and taking a closer look at it. In the bedrooms, the lava stone arches emerge from the walls as if they wanted to frame the beds in a harmonious embrace. The vaults, up to six meters high, offer a spectacle of art, a true gallery, with priceless frescoes, which know how to steal the show from anyone who, by chance, casts a glance upwards for a few seconds, but then finishes by being completely enraptured by them.

Each detail speaks of the attention conferred, both by the author, and by those who lovingly wanted and knew how to take them back to the their ancient splendour, while respecting their identity. The cyclopean walls, interrupted by arches, dance in a fascinating play of shadows and lights, at the tepid sunset, experienced here every day. The floors, as in an organised mosaic, exhibit the typical materials of this land, where the lavic stone plays the protagonist’s role, terminating in a cascade toward the well cared for garden, which much recalls a small botanical garden where dwarf palms brush against the highly coloured flowers and the Mediterranean maquis. A wall fresco emerges in the garden between the well tended greenery and the spectacle of flowers. It seems to guard the entire building, while the architectural complex takes on an inter-related aspect in the harmonious combination of porticoes, terraces and stairways. A stay at “La Baronessa” is not just a matter of sleeping, but is in itself tourism, directed at discovering traditions, culture and history. We’re waiting for you.

The “La Baronessa” B&B seeks to immerse the traveller in a typical Sicilian atmosphere: everything, from the building to breakfast, carefully prepared by the Baroness, is aimed at getting you to taste the flavours and perfumes typically linked to the Sicilian tradition and to enjoy the beauty of works of art through attention to detail. Our six bedrooms have this to tell you: all is said without saying. The frescoes on the vaults of the roof, the fine furniture, and the paintings. Every bedroom expresses a gentle but decided character, in keeping with a style of the epoch it relives, thanks to care of detail, such as the linen and the furnishings. 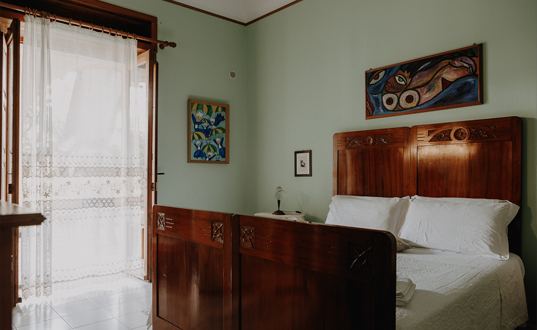 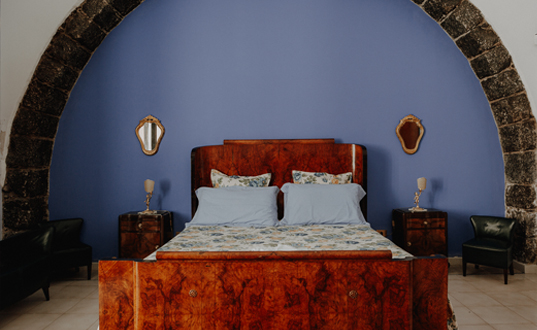 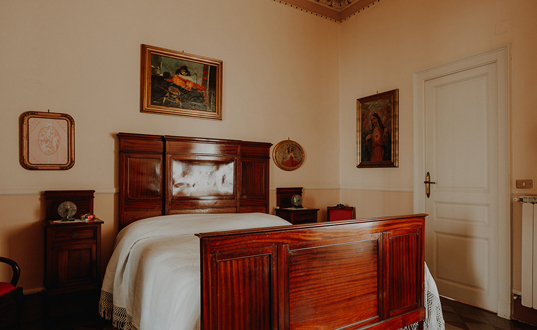 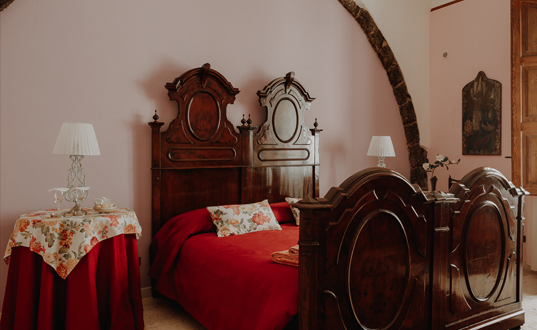 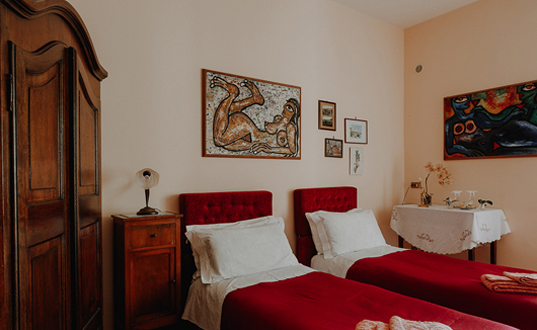 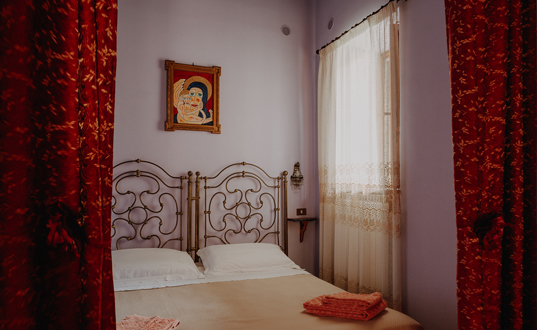